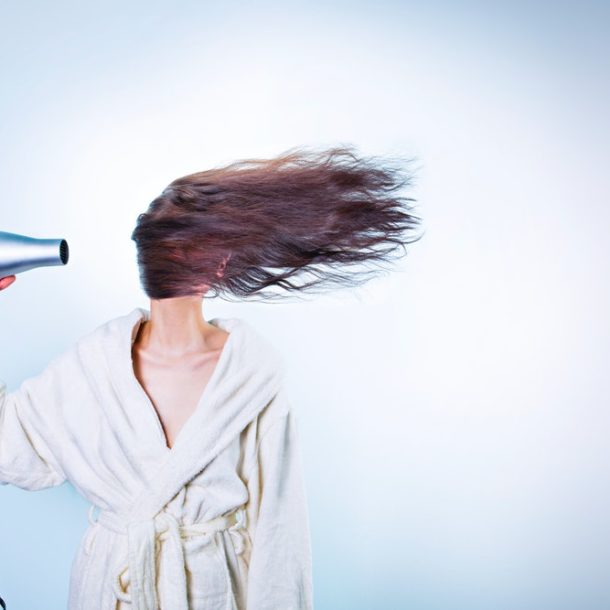 Stop the hair loss process in women: Hair loss in women is becoming an increasingly common problem and a frequent occurrence in women today. It is estimated that more than 25 million American women suffer from the FPB (female pattern baldness) and are going through emotional stress due to this.

The fact is that many women suffer from hair loss due to problems that are beyond their control, problems such as stress, anxiety, hormonal fluctuations and genetic predisposition for hair loss in women. There are several methods of bringing these elements under control, regrowing lost hair and preventing hair loss in future.

What is even more disturbing is that a large part of the symptoms of menopause is female pattern baldness (FPB), and this is caused by the sudden drop in estrogen and an increase in other “women hair hostile” hormones such as androgens (male hormones).

Most women are unaware that there are actually specific natural resources that are geared towards the body of a woman. Give it a thought for some seconds. It really does not make sense to treat hair loss in a woman the same as a man when the factors causing the decline or hair thinning are different, this is due to biological differences between both sexes.

An oral remedy is more effective to fight this disorder as the most effective way to provide your follicles with the nutrients they need is through the blood. An effective supplement for women hair loss should be taken orally and absorbed quickly, to promote healthy hair regrowth.

The most common type of hair loss in women is androgenetic alopecia or female pattern alopecia. Alopecia can be referred to as hair loss, total or partial baldness. Several times in a woman gradual thinning of the hair becomes a concern, especially when certain patches may become noticeably thinner.

Unlike men, showing pattern baldness primarily at the forefront of the forehead (also known as receding hair line or widow’s peak), the pattern of women with partial baldness is seen mainly in areas such as the top and sides of the head.

Hormones play a majority role in hair loss in women. Often times this is the main reason a woman will most likely start to see hair loss become a problem at a time of hormonal change, at such times issues such as pregnancy, menopause and stress become factors that strongly influences hair loss.

The hormonal balance – when we feel very anxious or stressed, it is manifested in the hormonal fluctuations that can lead to skin problems and hair loss, to name just a few things.

4 tips to prevent further hair loss, keep the hair you have and protect it.

1 Every time you wash your hair, be sure to massage the scalp as well.

Do not use shampoos that encourage drying up of the scalp. Instead choose shampoos that contain more creamy and clarifying ingredients. Read the list available on the pack of the product and look for words like “scalp health” or other similar words in your shampoo formula. This means that the product contains ingredients that clear the follicle area and do not leave waste or particles on the scalp.

2 Avoid treatment for your hair.

By this I mean you should avoid coloring, highlighting, blowing dry excessively, straightening, straight ironing, curling irons and other high temperature or harsh chemical methods of hair style. They will only worsen the condition of your hair and further weaken the internal structure and bonds outside the hair shaft, this may encourage scalp drying and irritation to set in; thus making your hair fall out more easily from the root.

There are several quality shampoos and conditioners available that can thicken the hair, they were actually produced for women with thin hair, straight hair. Such products which are great building blocks for good health are often fortified with amino acids and proteins.

Get a good oil, my favourite is natural scalp oil by Jason Naturals. It can be found at health food stores, or you may buy it online. Massaging the scalp helps to stimulate scalp circulation and to also remove dead skin and deposits that may remain in the path of healthy hair growth and health of the follicles that are actually the gateway to grow healthy hair.

6 Clever Ways to Reuse Your Refuse